On December 11, 2018 the first trucks of clay fill started rolling on the Scout lot on Albert Street, Belize City. 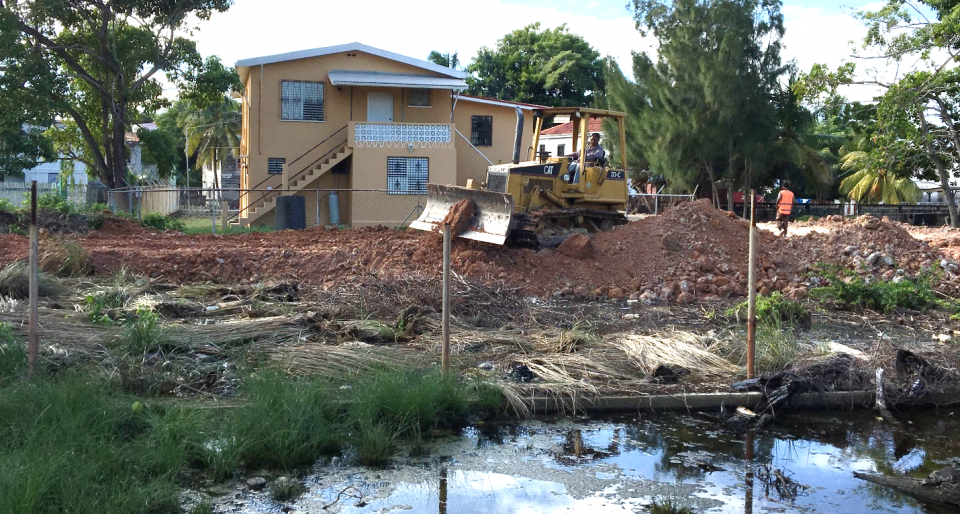 While the clay was being delivered, it was spread through the kind assistance of Cisco Construction Ltd.

It took fifty loads of fill to get the lot to the point where construction can begin.  This was made possible through the generosity of many individuals whose interest is to see our young people develop into responsible, contributing citizens in our society.  A hearty thanks to all the Directors of the Foundation that contributed financially towards this phase of the project, including Belize Ship Handlers and Mr. Francis Woods for donating machinery and personnel. 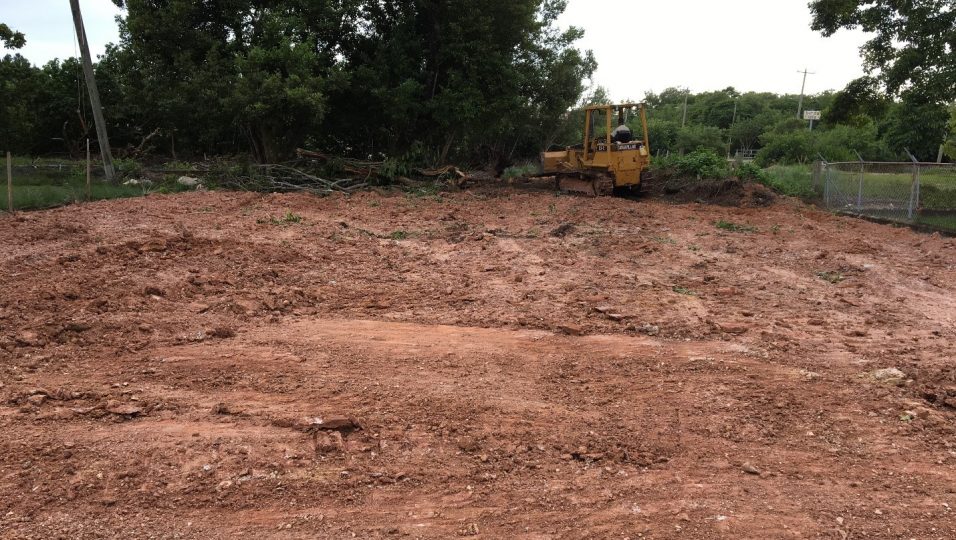 Permanent link to this article: https://site.belizescoutfoundation.org/2018/12/11/clay-filling-of-scout-lot/

November 16, 2018 will be a landmark date for the construction of the Sir Colville N. Young Building as it  was the day that the first load of fill was delivered to the Scout lot.  This first phase of the project was aimed at preparing the driveway so that clay fill material could be dropped off at the back of the land to facilitate the spreading of the fill.  This was followed by many more loads of fill donated by Cisco Construction Ltd

Not only did Cisco Construction Ltd. donate the fill but also the machinery to spread the fill on the lot. 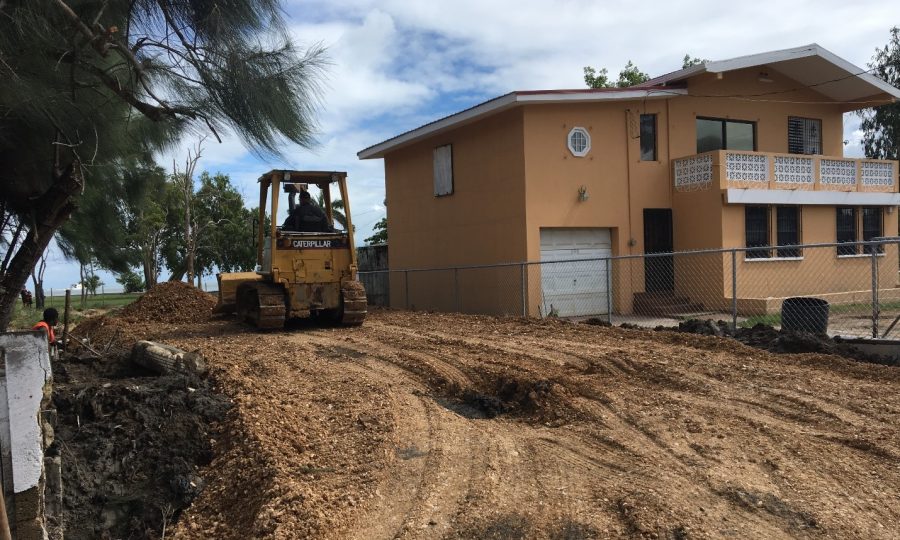 We at the Belize Scout Foundation are thankful and appreciative of the contribution of over $10,000.00 by Cisco Construction.  Thank you, Mr. Francis Woods, for your generosity.

Permanent link to this article: https://site.belizescoutfoundation.org/2018/11/16/first-phase-of-landfilling/

On October 26, 2018 the Scout lot located on Regent Street immediately behind the Hilda Rosado Girl Guides Hut was cleaned with the assistance of inmates of the Kolbe Foundation. 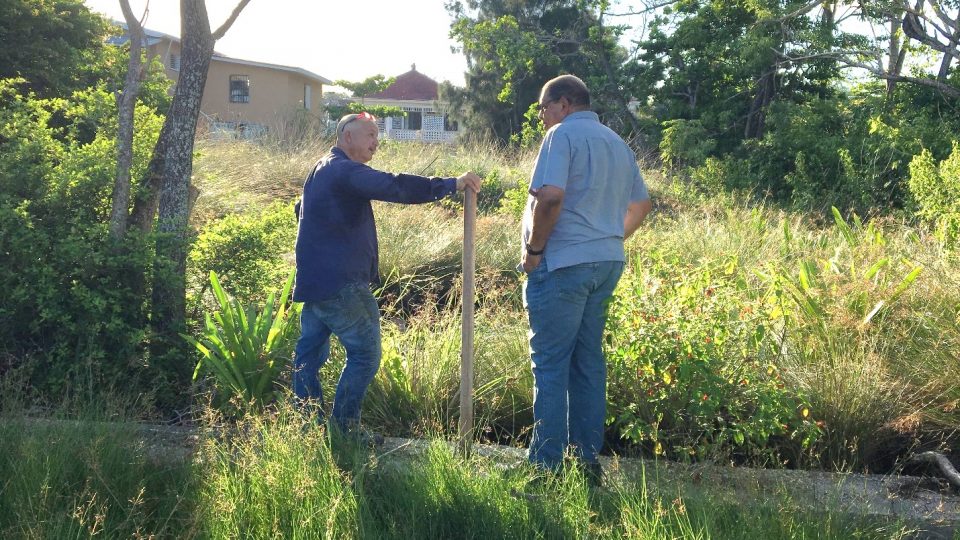 Left to right – Francis Woods, member of the building committee and Dr. Rene Villanueva inspecting the Scout lot before cleaning

This parcel of land was granted to The Scout Association of Belize as a grant in 1981 and since then it has been cleaned as frequently as possible but now with the Belize Scout Foundation taking on the challenge of building a home for the Scouts of Belize, it is foreseen that this is the last time the lot will be cleaned in this manner as plans are to fill the land and prepare it for the construction of the Scout building.

Thank you Kolbe Foundation and inmates for the great job done in cleaning the land for the Scouts.  It is now ready for filling. 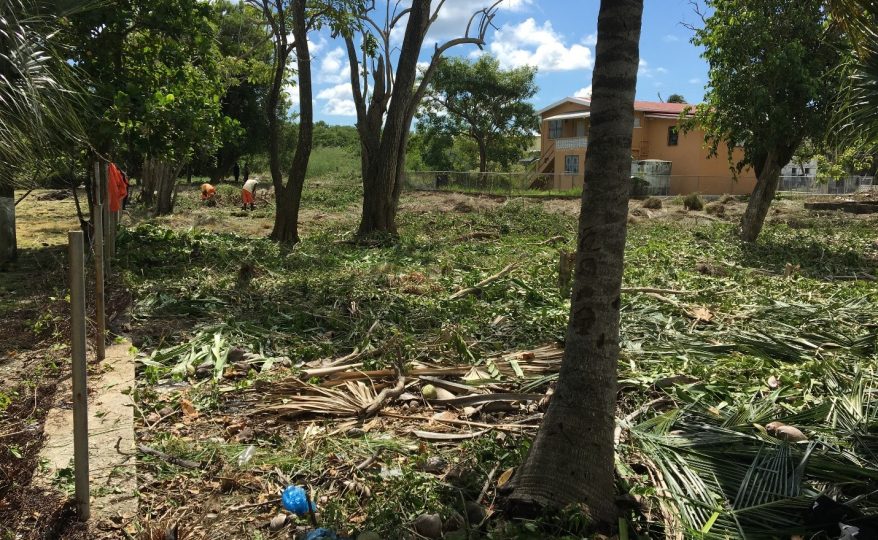 Permanent link to this article: https://site.belizescoutfoundation.org/2018/10/26/cleaning-of-scout-lot/

Courtesy visit of Executive Committee of The Scout Association

On October 24, 2018, the Executive Committee of The Scout Association of Belize paid a courtesy visit to the Chairman of The Belize Scout Foundation Dr. Rene Villanueva. 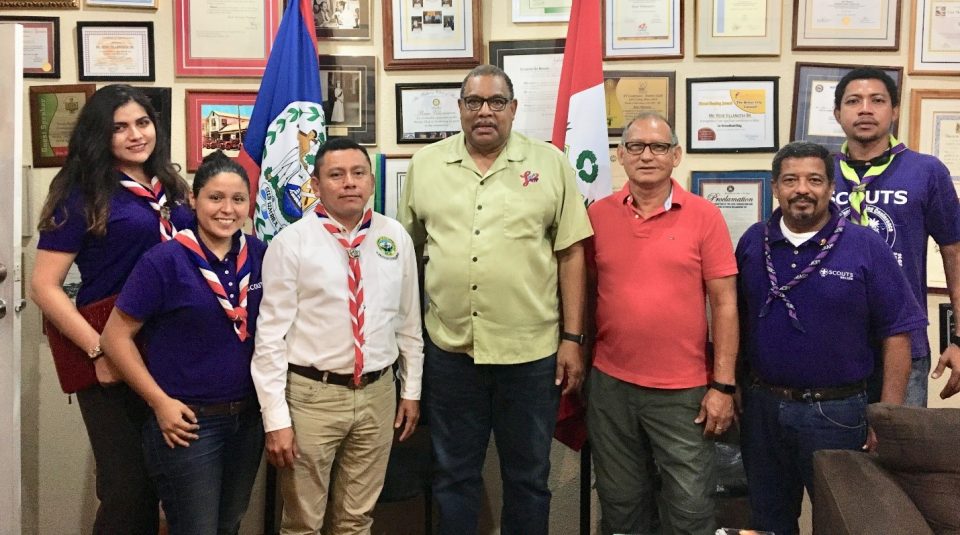 At the start of the meeting Mr. Aban explained that the purpose of the courtesy visit was to introduce his new directive which is a mandate from the National Scout Committee.

He continued by saying that he was happy to report that all vacant posts at the National level have been filled and that the Regional Office has been informed.  He also said that the Association recently completed their Belize Leadership Training Course.

He went on to say that the National Scout Committee has taken the following decisions:

He then said that basic infrastructure at Camp Oakley need repairs to the tune of $26,000.00 for the following:

Other issues brought up are as follows:

He closed off by thanking the members of the Executive Committee for the courtesy visit.

Permanent link to this article: https://site.belizescoutfoundation.org/2018/10/24/courtesy-visit-of-executive-committee-of-the-scout-association/