February 25, 2019 The Belize Scout Foundation held groundbreaking ceremonies for the “Sir Colville N. Young Building”, home of Scouting in Belize.  The ceremony took place on February 25, 2019 at the Scout lot on Albert Street behind the Girl Guides Hut.

Guests started arriving between 1:30 to 1:50 p.m. and were greeted by a guard of honor mounted by Scouts from the Belize, Corozal and Toledo districts. 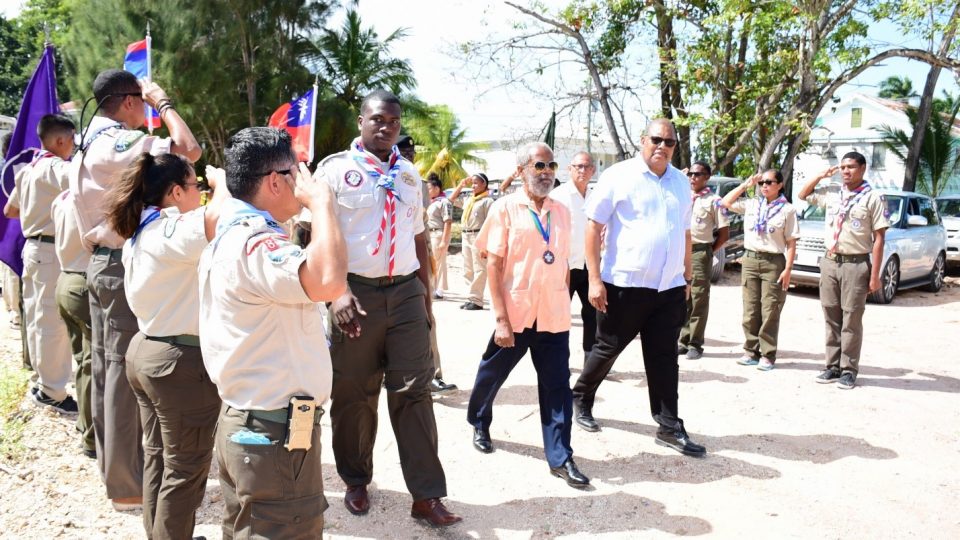 The ceremony started at 2:00 p.m. sharp with the arrival of His Excellency Sir Colville N. Young, Governor-General and Patron of the Belize Scout Foundation.

Immediately following was the Scout prayer by Venture Scout Felina Luk and the welcome address delivered by the President of The Scout Association, Mr. Armando Aban. 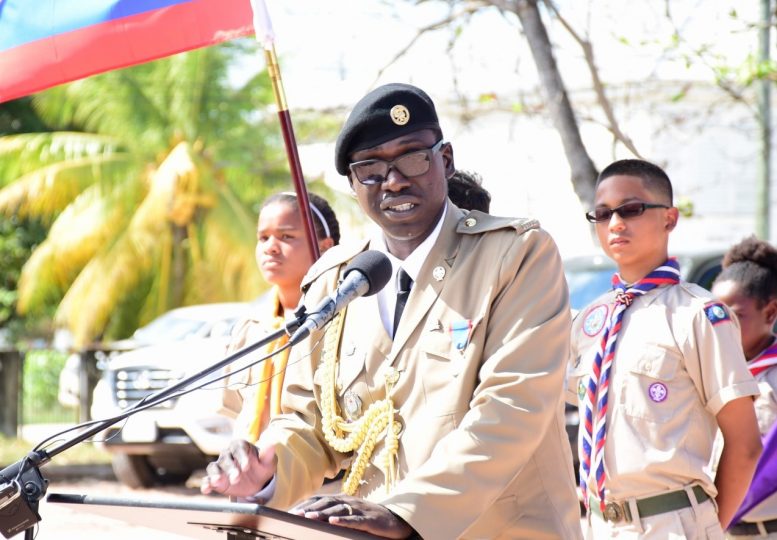 Chief Scout Major Eric Neal then gave an overview of Scouting in Belize.  He narrated his experience growing up on the south side of Belize City and the challenges associated with gangs in his neighborhood and how Scouting helped in molding him into the person he is now. 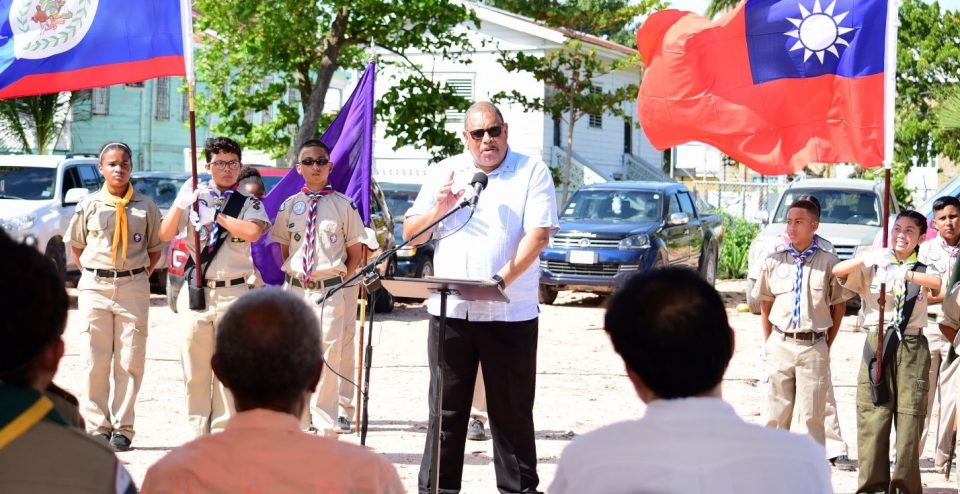 Dr. Rene Villanueva, Chairman of The Belize Scout Foundation, delivered an address in which he spoke about the work of the Foundation and its financial support to The Scout Association.  He also focused on the challenge accepted by the Foundation to build the “Sir Colville N. Young Building”, the home of Scouting in Belize, the need for the building and support needed from the business community to be able to construct the building. 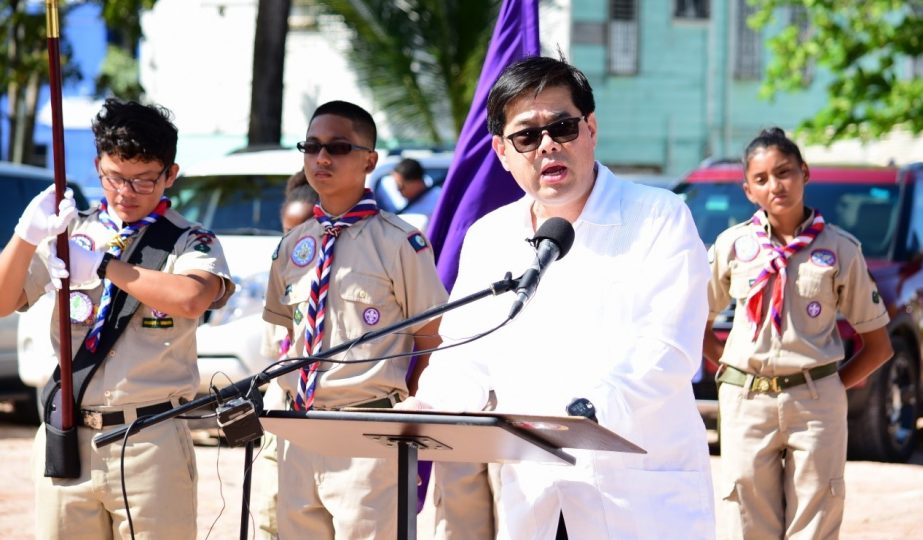 An address was also delivered by His Excellency Mr. Remus Li-Kuo Chen, Ambassador of the Republic of China (Taiwan) who at the same time made a most timely and generous presentation of a check for a total of $200,000.00 to His Excellency Sir Colville Young towards the construction of the building.  In receiving the hefty donation, Sir Colville thanked Ambassador Li-Kuo Chen on behalf of the Foundation and the Scouts of Belize.

The Keynote address was delivered by His Excellency Sir Colville N. Young who thanked the Government of China (Taiwan) for their generous contribution to the building and then he related one of his famous stories. 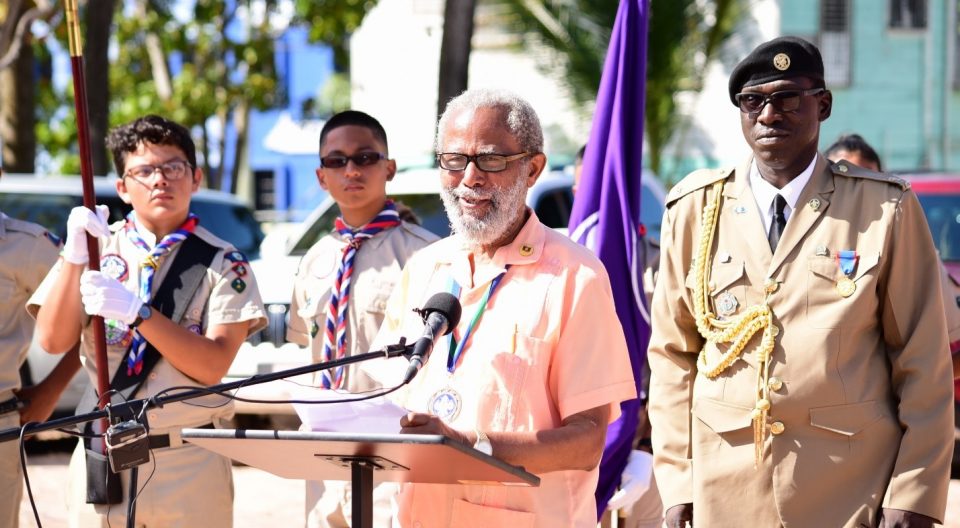 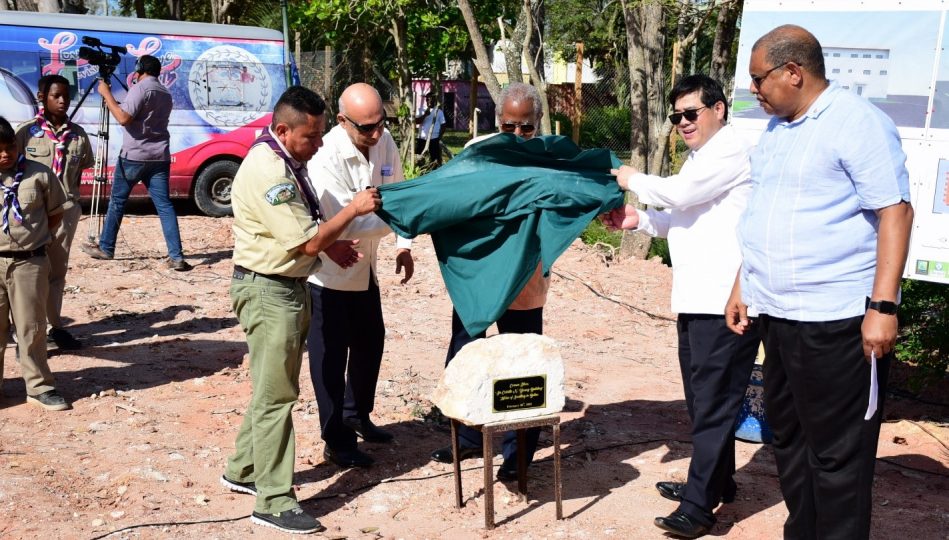 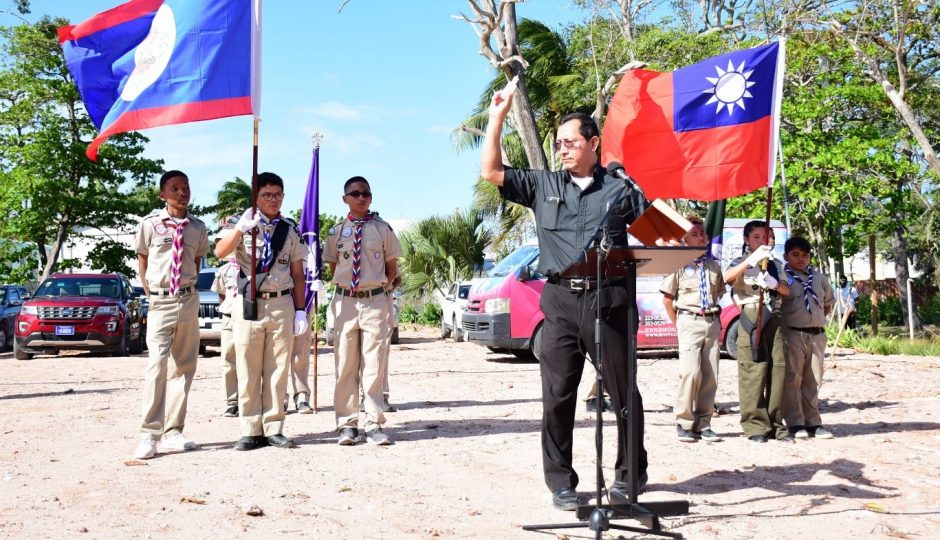 The blessing of the grounds was conducted by Reverend Amelio Chi from Our Lady of the Way Church in Ladyville. 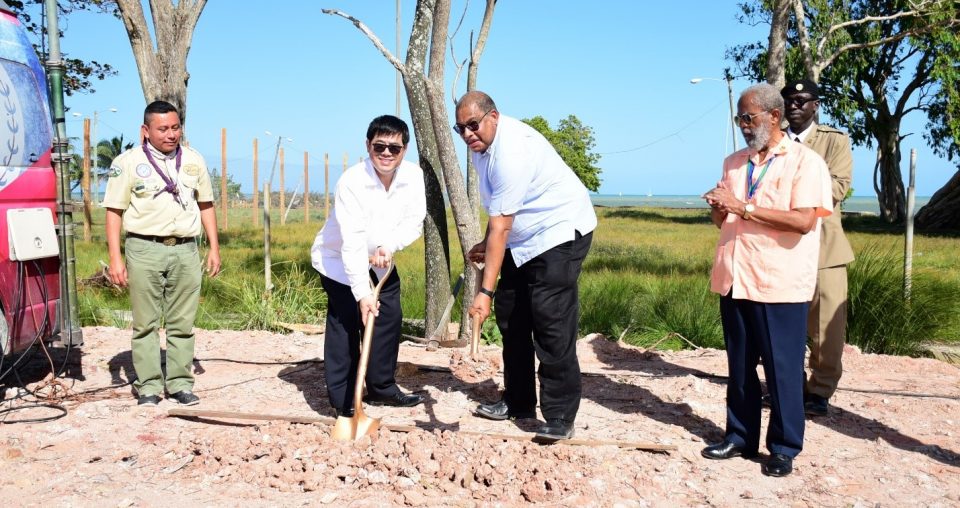 The vote of thanks was delivered by Venture Scout Adrian Pott who thanked everyone present and those that assisted in some manner in bringing this project on its foot.  Refreshments were then served.

The Master of ceremonies was Mr. Armin Arana.

A special thanks to LOVE FM for broadcasting live the entire ceremony.  Also to Special Events Rentals for providing the canopies, chairs, tables and drinking glasses for the event.

Permanent link to this article: https://site.belizescoutfoundation.org/2019/02/25/scout-foundation-breaks-ground-for-scout-headquarters-building/

The Belize Scout Endowment Foundation was established in 1996 at the request of the National Scout Assembly of The Scout Association of Belize. It is registered with the Government of Belize.

It is a separate incorporated body from The Scout Association of Belize whose purpose is to raise, invest and administer funds for use in any special Scouting purpose or project anywhere in Belize, which is not within the field of normal day-to-day operations.

More specifically, the interest of the Fund is used to support the membership expansion program, the improvement of Camp Oakley – the training and camping grounds of the Association; the training of volunteer adult Leaders; the implementation of national programs; subsidy of uniforms to needy Scouts and scholarships to attend camps, both locally and internationally.

Permanent link to this article: https://site.belizescoutfoundation.org/2019/01/15/sample-post-1/

Scouting is a non-formal educational movement that provides volunteer adult leadership programs designed to be exciting, fun-filled, challenging, educational and instill a positive influence on the character of the participating young people. 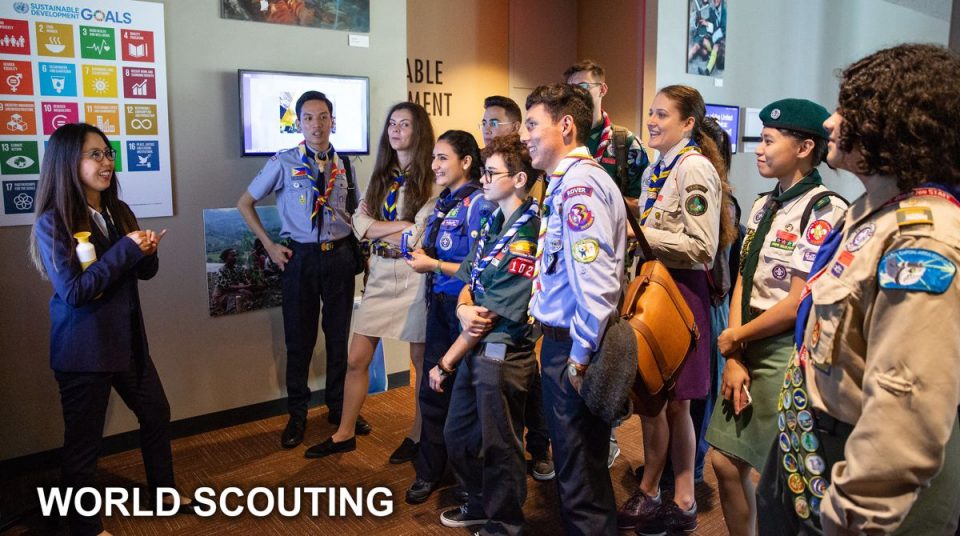 It builds character (values and principles for living in harmony), promotes citizenship (pride in history, respect for our national symbols, service to others and respect and care for the environment), develops fitness and a sense of respect (social respect, physical capabilities, and moral values).

We are confident that you will wish to make a difference in the lives of many young people, and to this end, we urge you to make a generous contribution to the Foundation.

You may choose to contribute now or by way of a pledge payable over a convenient period of time. You will receive a memorable distinguished award based on the amount of your contribution. Please note that your gift will be tax deductible.

Permanent link to this article: https://site.belizescoutfoundation.org/2019/01/15/sample-post-1-2/

On December 21, 2018 The Belize Scout Endowment Foundation handed over a check of $6,000.00 to The Scout Association to support their ongoing programs and needs. 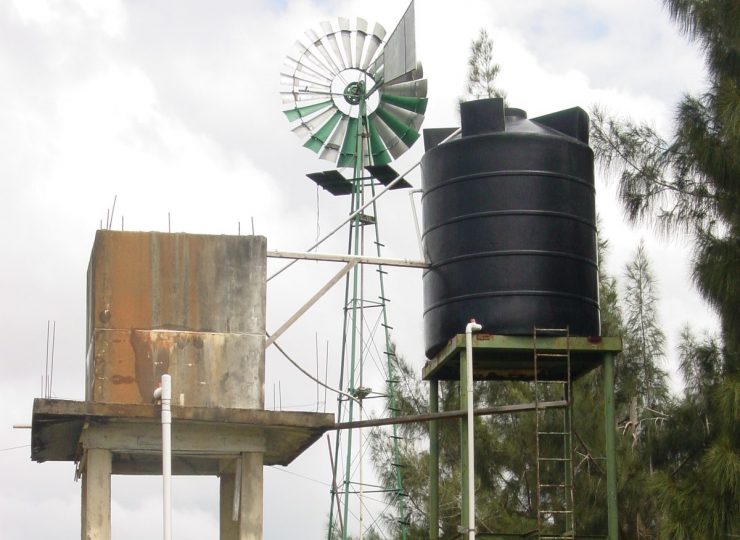 $1,500.00 went towards the repairs of the windmill that pumps water to overhead water tanks that then gravity feed the entire camp with water.

$1,168.44 was used to buy a heavy duty weed cutter to maintain and keep the camping sites clean and safe.

$515.50 was used to insure and license the Scout vehicle

The balance of $1,154.55 was used for other needs like radio license, severance payables, fuel for vehicle and repairs to building.

The Foundation is pleased it was able to assist the Association with this grant to enable them to function effectively.

Permanent link to this article: https://site.belizescoutfoundation.org/2018/12/21/association-receives-grant-of-6000-00/