In ‘Scouting for Boys’, Baden-Powell referred to the Knights of the Round Table in the Arthurian Legend and to St. George who was their Patron Saint. He then went on:

“He is also the Patron Saint of Scouts everywhere. Therefore all Scouts should know his story. St. George was typical of what a Scout should be. 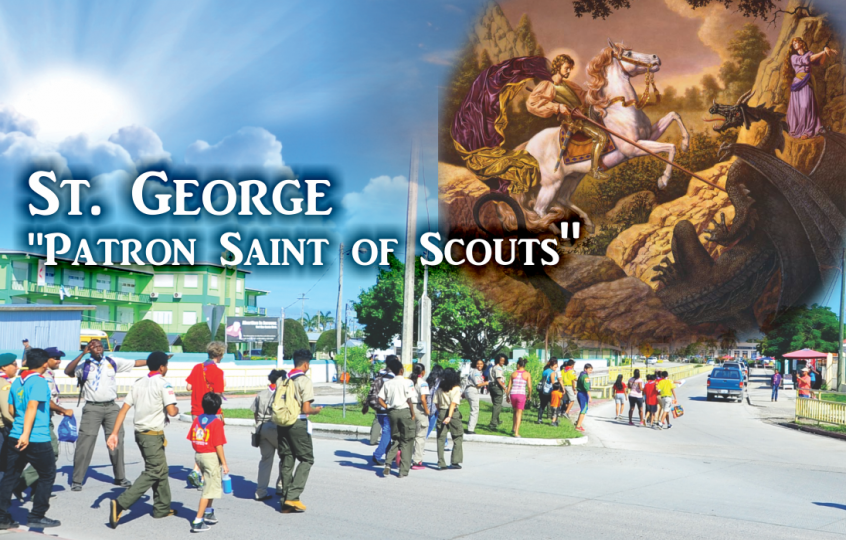 “When he was faced by a difficulty or danger, however great it appeared, even in the shape of a dragon – he did not avoid it or fear it but went at it with all the power he could … That is exactly the way a Scout should face a difficulty or danger no matter how great or how terrifying it may appear. He should go at it boldly and confidently, using every power that he can to try and overcome it, and the probability is that he will succeed.

“St. George’s Day is April 23, and on that day, Scouts remind themselves of their Promise and Scout Law. Not that a Scout ever forgets either but, on St. George’s Day, he makes a special point of thinking about them. Remember this when April 23 comes round again”.

So, the Sunday nearest to St. George’s Day has become an annual occasion for United Kingdom Scouts to hold ceremonies when they reaffirm their Promise and acknowledge the Scout Law in a national act of dedication.

St. George in History and in Legend

It is thought that St. George came from Cappadocia in Asia Minor and lived at the time of the Roman Emperor, Diocletian, AD 245 to 313, and became a high ranking cavalry officer in the Army of Rome. He refused to carry out Diocletian’s orders for Christian persecution and, in consequence, suffered torture and death himself.
He was canonized in AD 494, Pope Gelasius proclaiming him one of those “whose names are justly revered among men but whose acts are known only to God”.

The legend of St. George, which is an allegory illustrating the triumph of good over evil, tells how he rode into the city of Silene in what is now Libya, to find the people terrorized by a dragon which was fed daily with one of the citizens. The next victim was to be Cleolinda, daughter of the King, but St. George rode out, slew the dragon and freed the people from their oppressor.

Thus, whether in the context of history or legend, to Baden-Powell, St. George epitomized the qualities of selflessness and both moral and physical courage which he saw as being among the aims of Scouting.

Permanent link to this article: https://site.belizescoutfoundation.org/2019/04/23/st-george-patron-saint-of-scouting/ 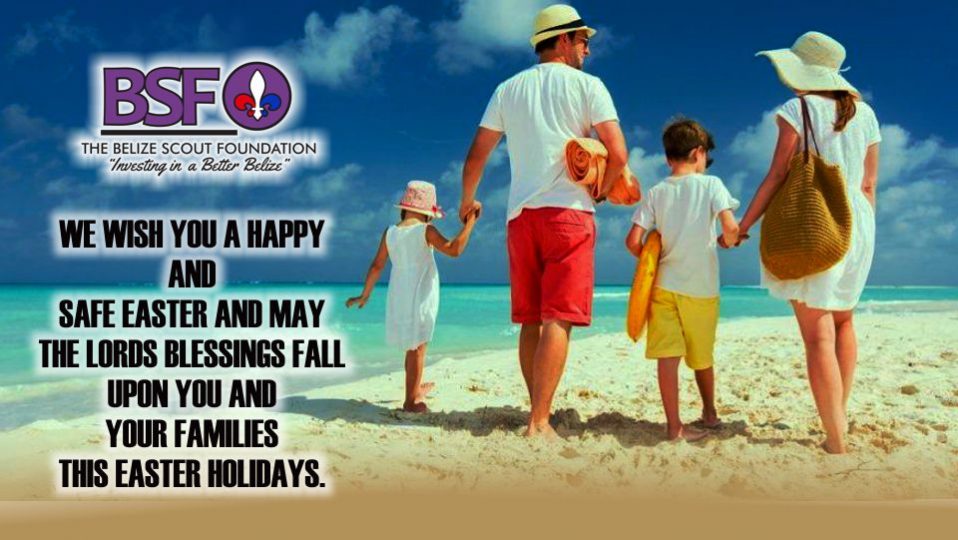 Permanent link to this article: https://site.belizescoutfoundation.org/2019/04/18/easter-holiday-best-wishes-from-bsf/

Here you find some news, online need to download the magazine in pdf file format. 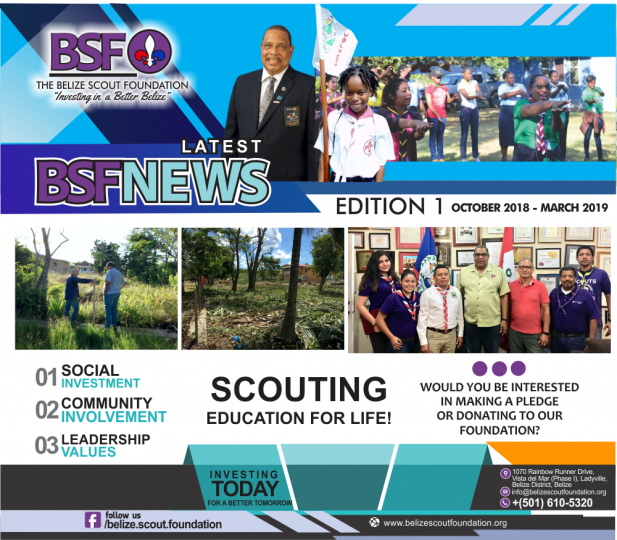 Click and save in your computer or device. the link below.
[ BSF Newslatter – March Edition2019 ]

Permanent link to this article: https://site.belizescoutfoundation.org/2019/04/18/access-to-the-bsf-newsletters-1-digital-edition/

Happy Birthday Dr. Rene Villanueva! May God’s blessing be upon you to see many more. Enjoy! all members from your Belize Scout Foundation Congrats you!