Chairman of BSF and President-Elect of SAB meet

Chairman of BSF and President-Elect of SAB meet

At the invitation of Dr. Rene Villanueva, Chairman of the Belize Scout Foundation (BSF), a meeting was held with Queen’s Scout Fernando Oliva, President-Elect for The Scout Association of Belize (SAB) at the office of the Honorary Consul for Peru in Belize on January 6, 2021. 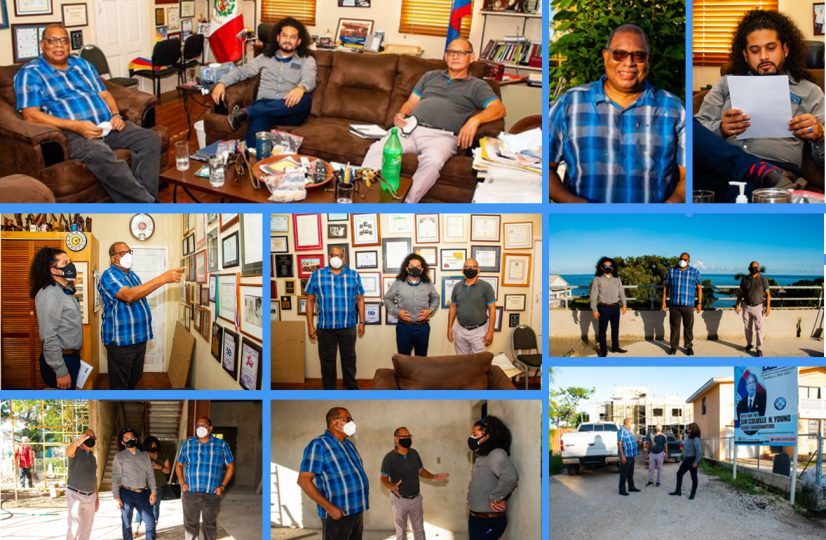 The meeting was cordial and discussions held were focused on plans that would enable BSF and SAB to work closely together so that the goals of the SAB are met.
On his part Mr. Oliva informed that the growth of membership combined with attractive programs to keep the interest of the Scouts in the program is one of his major goals combined with relevant and up-dated training for adult volunteers. He also aims to make SAB financially stable during his term of office and making the Scouts the number one organization for young people in Belize. Queen’s Scout Oliva’s theme during his term of office is “Growing Stronger Together”.
Chairman Villanueva’s commitment on behalf of the BSF is to provide as much support as possible so that the goals set by the SAB are met. Additionally, on behalf of LOVE FM, he pledged $20,000.00 in airtime and advertisement to promote Scouting and create short promotional videos to assist in advancing the Scout program.
Following the meeting, a visit to the construction site of the “Sir Colville N. Young Building”, home of Scouting in Belize, was made where Queen’s Scout Oliva was given a guided tour of the building under construction.
The BSF looks forward to working together with SAB in this new year so that their goals are met.
Hilberto B. Riverol, SAB’s Executive Director was also present for the meeting and visit to the construction site.

Permanent link to this article: https://site.belizescoutfoundation.org/2021/01/10/chairman-of-bsf-and-president-elect-of-sab-meet/