Dr. Rene Villanueva elected to serve as Chairman of the Belize Scout Foundation (BSF) for another term and new Treasurer elected

As Chairman of the BSF he, along with the full support from Directors of the BSF, undertook the challenge to construct a building which the Scouts could call their home and is currently under construction, expected to be completed in February 2021.

Dr. Villanueva is committed to the Foundation’s Mission to raise, invest and administer funds to create the means to support Scout programs that will prepare young people to make sound principled life decisions as they develop into responsible adults.

The BSF also welcomes Mr. Jose Garcia as its new Treasurer who takes over the post due to the untimely passing of Mr. Julian Castillo.  Mr. Garcia was serving the BSF as Assistant Treasurer, a post he was actively involved with since December 3, 2019.

The BSF welcomes the re-election of Dr. Villanueva for another term as Chairman and Mr. Jose Garcia as Treasurer for a term of three years.

Permanent link to this article: https://site.belizescoutfoundation.org/2020/12/12/bsf-chairman-re-elected/ 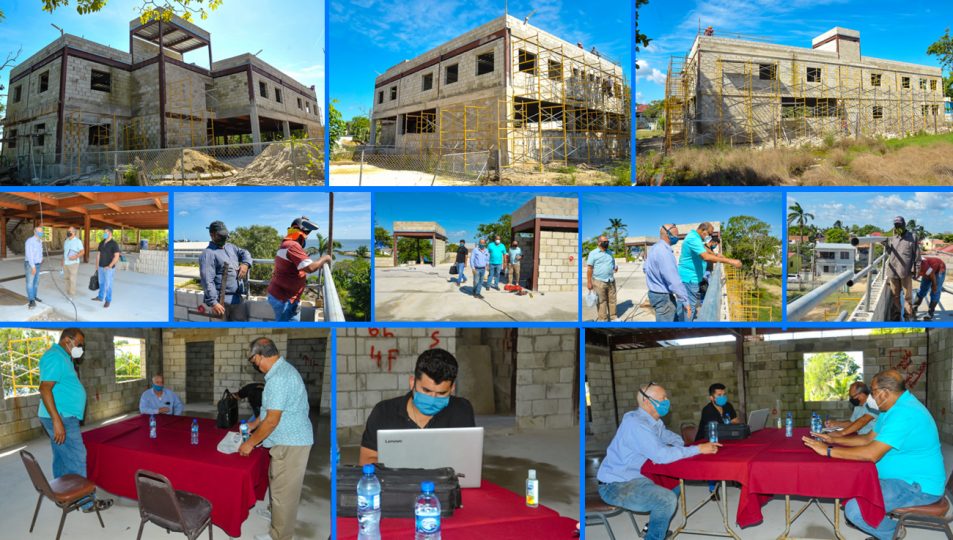 A meeting between Dr. Rene Villanueva – Chairman of the BSF, Francis Woods – Building Committee Chairman, Jose Garcia – Treasurer and Hilberto B. Riverol – Executive Director was held today Tuesday December 8, 2020, at the construction site to look at the completion date of the Sir Colville N. Young Building and propose an inauguration date.

Building Chairman Francis Woods informed that the building is scheduled for completion on February 28, 2021.

In an effort to decide a date and program for the inauguration of the building and after carefully weighing several options, the following was decided:

The Belize Scout Foundation stands committed to its Mission – to raise, invest and administer funds to create the means to support Scout programs that will prepare young people to make sound principled life decisions as they develop into responsible adults.

Permanent link to this article: https://site.belizescoutfoundation.org/2020/12/12/building-committee-chairman-treasurer-and-executive-director/