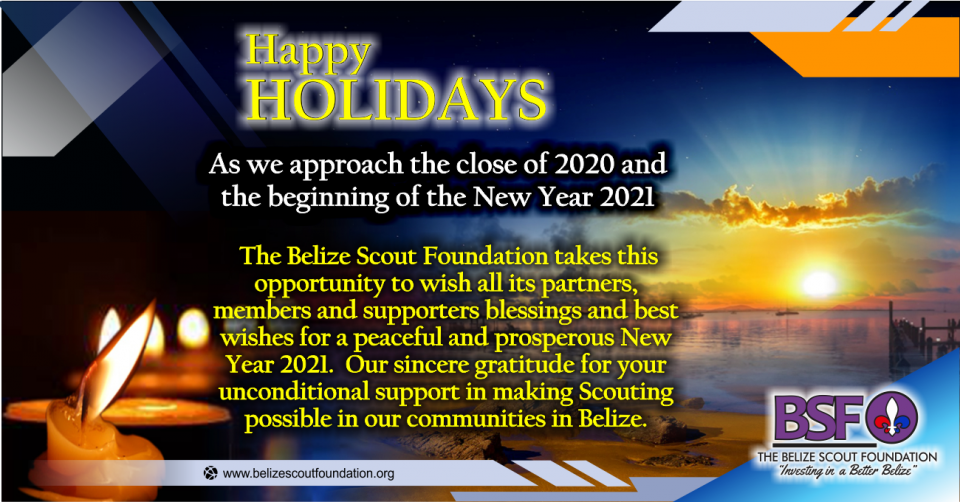 Permanent link to this article: https://site.belizescoutfoundation.org/2020/12/29/happy-and-prosperous-new-years/

We wish a wonderful Merry Christmas

To all our friends, supporters and partners 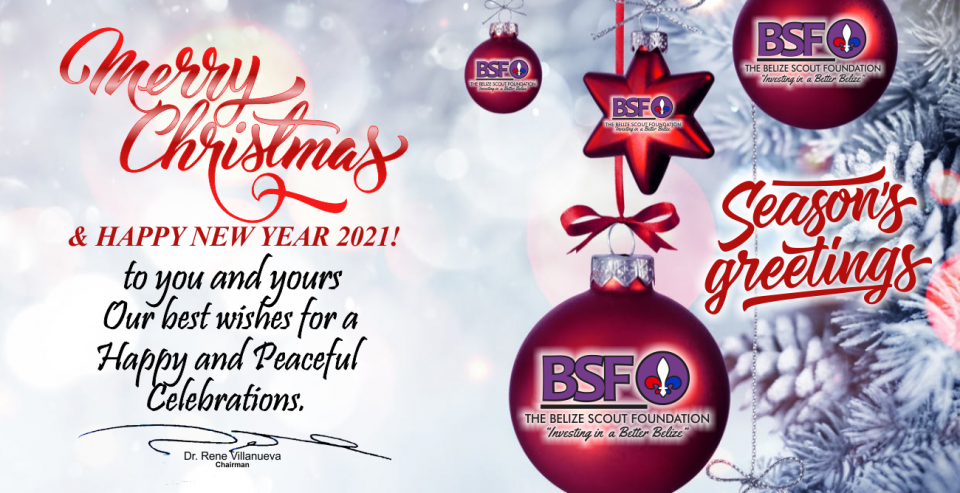 Permanent link to this article: https://site.belizescoutfoundation.org/2020/12/22/we-wish-a-wonderful-merry-christmas/

Scouting helps develop skills that can be useful to executives and business leaders. 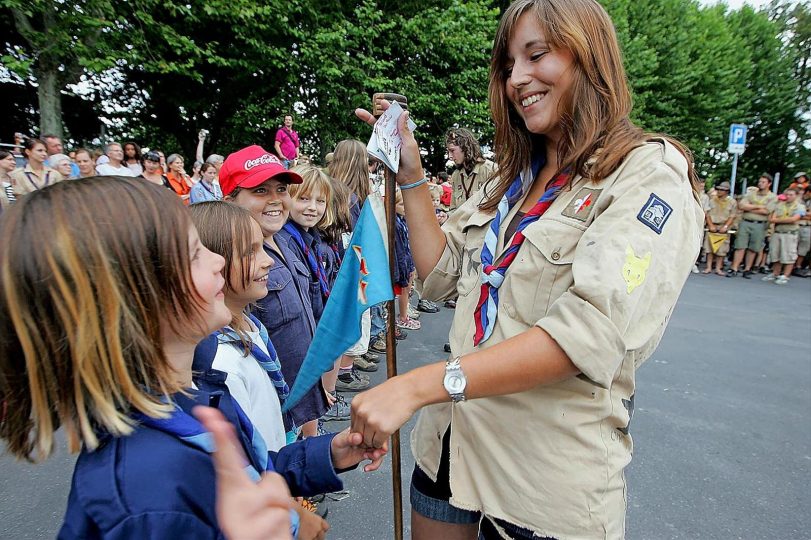 “Organization, autonomy, resourcefulness, team spirit are some of the skills that scouting helps to develop as a patrol leader, and which reminds those of managers in the exercise of their function.” – Chris Blaser

The Swiss Scout Movement currently has 48,000 members. This is without counting all those who have been in the past, in their youth. Cumulated, the number of scouts (current and former) must be much greater in our country.

So, of course, we all know someone who is or has been a Scout. This can be the case in particular in his professional environment; a colleague, a department head or a company manager. It wouldn’t be surprising if one or more of our superiors were. Indeed, scouting allows, in addition to acquiring practical skills (such as making a fire, pitching a tent, building a shelter with branches or carrying first aid), when one is in charge of a patrol, to develop “managerial” skills, which can be useful later in professional life, in managerial functions. This is the opinion of executives or directors of companies that we interviewed.

“Valuable skills” on a daily basis “As a scout leader, you have to be autonomous and organized, know how to lead a patrol, manage various activities and providing stewardship, but also knowing how to show resourcefulness, flexibility and agility in the face of unforeseen circumstances ”, explains Dominique Gros, financial director of Kelly Services for Switzerland, Italy and Hungary, and who has was a scout from the age of 7 to 20 under the totem pole (scout nickname) of “Koala”, then a patrol leader from the age of 14. The leader recognizes that these skills, in addition to the values ​​of Scouting, including team spirit, camaraderie and mutual aid, have been “precious” to him and are, even today, “useful in everyday life”. in its function.

Director of the Pangolina textile design company based in Pully (VD), scout from the age of 14 and patrol leader until the age of 20, Eleonora Paradies confirms. “When we take care of young people who are from different cultures and religions, as is sometimes the case in the scout movement, we must show pedagogy, psychology, sociability, listening, empathy, adaptation and consensus. It was useful to me in Scouting at the time. It was also profitable for me later in my professional life, as much with the collaborators who were under my responsibility in the departments that I managed in different companies, as with the customers of the company that I founded ” , she adds.

Permanent link to this article: https://site.belizescoutfoundation.org/2020/12/20/scout-leader-one-day-manager-always/

by World Scouting from Worldwide 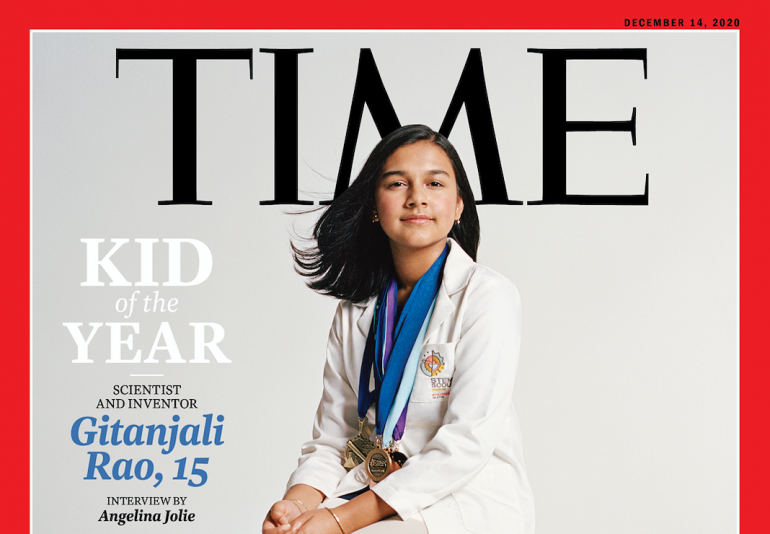 Fifteen-year-old scientist and inventor Gitanjali Rao, who went through the Boy Scouts of America’s STEM Scouts programme as a young girl, has been honoured as TIME’s first-ever Kid of the Year in 2020.

Gitanjali was selected as one of five Kid of the Year finalists from a field of more than 5,000 Americans between the ages of 8 to 16 for her extraordinary and positive contribution towards society.

Gitanjali has been experimenting and inventing since she was young, using science and technology to tackle a wide range of physical and mental health challenges. She’s tested the use of mobile devices to detect lead in contaminated drinking water, and more recently invented a phone and web tool named Kindly, which uses artificial intelligence technology to pick up the possible early signs of cyberbullying.

In an interview for TIME with Academy Award–winning actor and special envoy of the U.N. High Commissioner for Refugees, Angelina Jolie, Gitanjali highlighted the challenges today’s youth are having to confront.

“Our generation is facing so many problems that we’ve never seen before. There are problems that we did not create but that we now have to solve, like climate change and cyberbullying with the introduction of technology,” said Gitanjali who remained hopeful about creating change and impact through small actions that can add up to make a big differenc4e. The key, she says, is to be passionate!

“I think more than anything right now, we just need to find that one thing we’re passionate about and solve it. Even if it’s something as small as, I want to find an easy way to pick up litter. Everything makes a difference. Don’t feel pressured to come up with something big.”

Gitanjali has been collecting one award after another over the years for her groundbreaking scientific work and inventions, first as the Boy Scout of America’s Middle Tennessee Council’s STEM Scout of the Year and then as the 2017 Discovery Education and 3M Young Scientist Challenge. The honour of becoming TIME’s first Kid of the Year is just the next step for a brilliant young woman who is already on the rise and committed to creating a better world.

STEM Scouts is programme of the Boy Scouts of America that introduces young people to science, technology, engineering and math, providing educational opportunities for girls and boys to interact with professionals in hands-on lab sessions and learn by doing.

Read her interview with Angelina Jolie here and learn more in this video.

Permanent link to this article: https://site.belizescoutfoundation.org/2020/12/14/stem-scout-gitanjali-rao-named-times-kid-of-the-year/