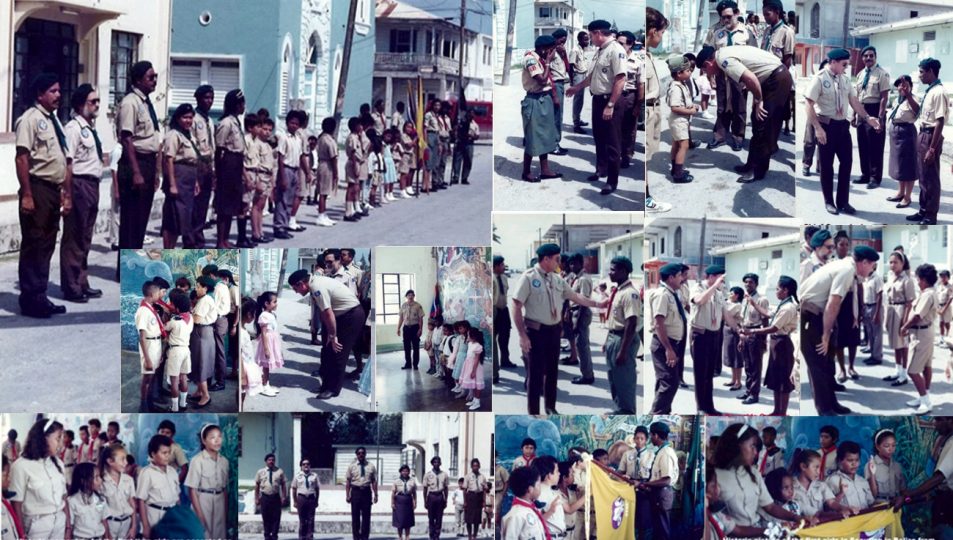 On June 16, 1991, Chief Commissioner Reynaldo Guerrero and a team of other leaders from National Scout Headquarters paid an official visit to the 1st Corozal Scout Group under the then leadership of Group Scout Leader Cynthia Robateau. Fred Orio was District Commissioner at that time.

The occasion was historic as for the first-time girls would be allowed to become members of The Scout Association of Belize and Chief Commissioner Guerrero was present to witness the occasion.

Upon arrival in Corozal, Chief Commissioner Guerrero inspected the guard of honor during which time he interacted verbally with some of the Scouts and Cub Scouts.

The Investiture ceremony followed and so it is that history was written.

It would be interesting to know the names of these girls and where they are now!

Permanent link to this article: https://site.belizescoutfoundation.org/2020/07/16/first-girls-in-scouting-in-belize-historical-facts/