Today we feature Viviani Teul
Mr. Viviani Teul was born on June 4, 1958 in the Cayo District. He attended Sacred Heart Primary School and did secondary schooling at the Sacred Heart College. He attained a Trained Teacher’s Diploma from Belize Teacher Training College and pursued a Bachelor’s Degree in Science from the University-Mankato in Minnesota, United States of America. 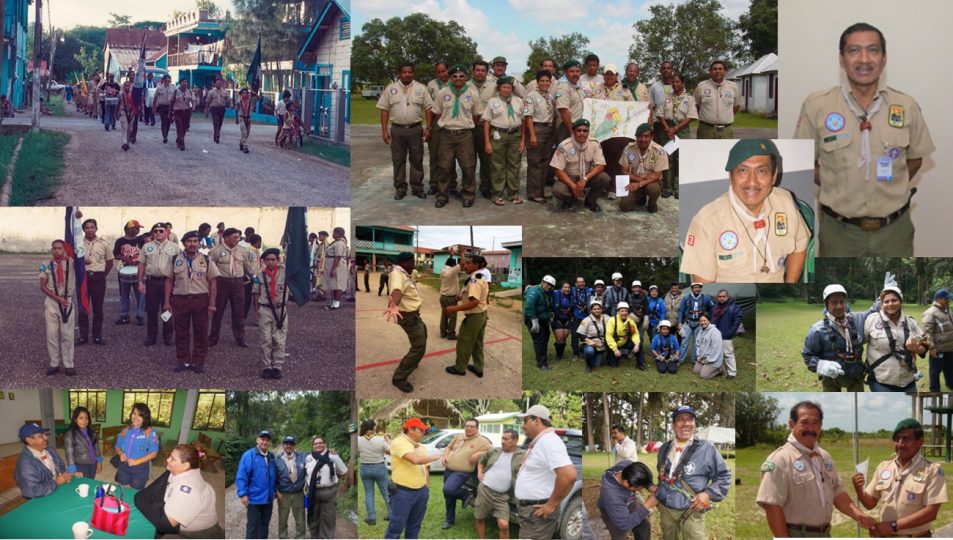 He joined Scout Association in 1992 and was warranted Group Scout Leader for 3rd Cayo, Benque Viejo Scout Group in 1993 after its establishment; a tasked that he accomplished after many months of preparations.

As an adult leader he successfully attended the following courses:

During these 23 years of involvement in Scouting, he attended the 16th Central American Camporee in Honduras in 1993 and led a delegation of Scouts from Belize to Seattle to participate in the Washington Camp. He also organized a joint venture exchange program with Scouts from Seattle and Benque Viejo Town in which they traveled to Tikal in Guatemala as part of the program. He was elected a member of the National Scout Assembly in 1998 and was awarded his 4th wood badge bead as a trainer in 2004. He served as Training Commissioner for a number of years and then retired from Scouting.

Viv as we affectionately call him received four awards during his time with the Association:

Viv is married to Doris Patt who also served as an adult leader in Scouting for many years; they have two daughters, Joyce Clarissa and Doris Marie. In his free time, he enjoys reading, watching movies, learning about archaeology, listening to music helping others and his passion “doing something for Scouting”.

Thank you Viviani for your unselfish service to the young people of Belize. You “ROCK”

Permanent link to this article: https://site.belizescoutfoundation.org/2020/07/11/about-past-adult-leaders-in-scouting/